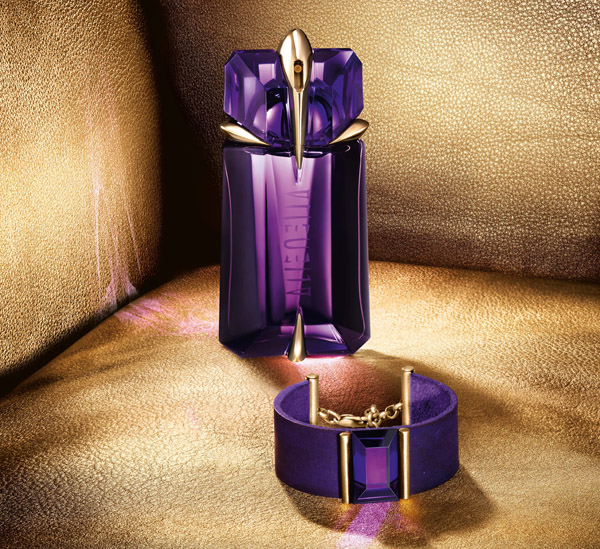 The Leather Collection by Thierry Mugler

2012. Twenty years after the launch of Angel, his first major fragrance for women, Thierry Mugler celebrates the passion and innovation that characterize his perfumes.

For the holiday season, the brand pays tribute to one of its creator’s favorite materials and offers a festive collection inspired by the intricacies and intimacies of leather: the Angel, Alien and Womanity Leather Collection. Thierry Mugler crafts the material and fashions it into uniquely beautiful accessories; leather embracing the bottles of three great feminine fragrances to create three limited Leather Collector editions: 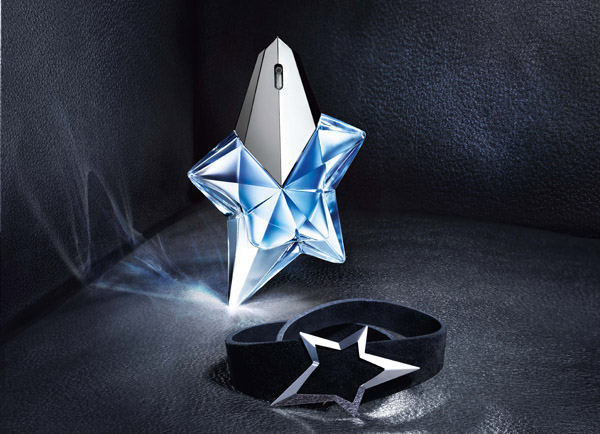 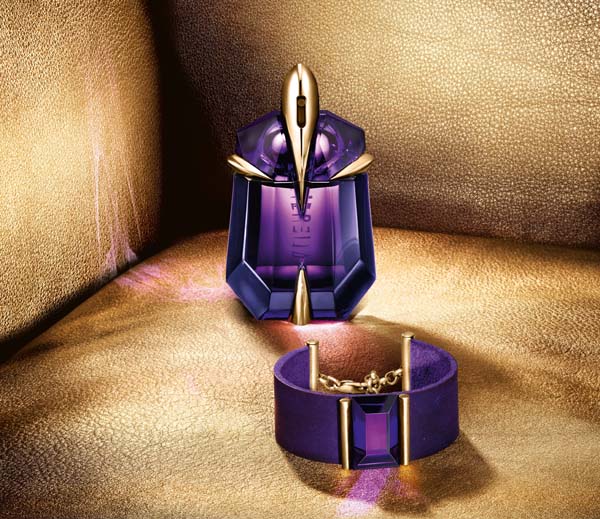 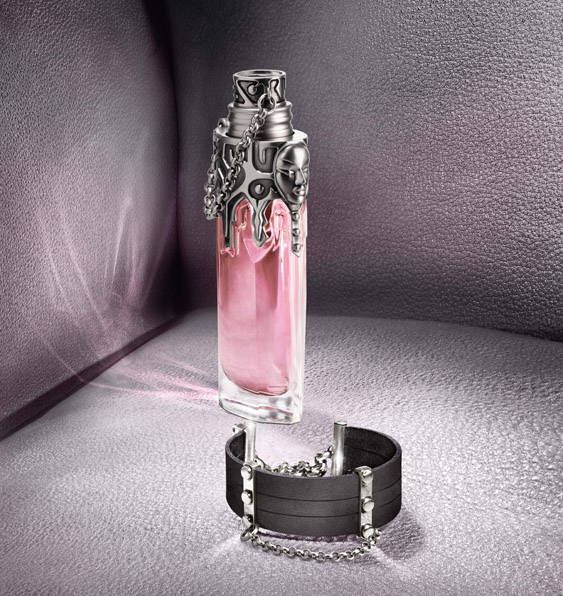 Founded in 1954 by Jacques Courtin-Clarins, Clarins has been the European leader in luxury skin care for 20 years. In 1991, the brand diversified its portfolio, launching its first makeup line. Then in 1992, it launched the perfume “Angel” by Thierry Mugler and, in 1995, acquired Azzaro Perfumes.

Thierry Mugler is now one of the perfume world’s best-known brands with its distribution in nearly 14,000 retail locations in 122 countries on five continents. The brand owes its success to a powerful combination of expertise, audacity, and unbounded creativity, as well as to its exclusive relationship with its devoted followers.

When Thierry Mugler created the world’s first gourmand perfume, “Angel” in 1992, it quickly became one of the top five best-selling women’s fragrances in the world. With its unforgettable bottle, the perfume’s meteoric success marked the beginning of a legacy which now includes such fragrances as A*Men, created in 1997, Alien, unveiled in 2005, and Womanity in 2010. His latest creation, Angel Eau de Toilette, conceived almost 20 years after Angel Eau de Parfum, launched commercially in September 2011.

Inspired by the art of metamorphosis, the designer’s also launched his make-up line “Thierry Mugler Beauty”, in 2008.

New Timing for Morning Yoga by the Sea at THE BEACH

How to Identify Your Skin Type

An Elixir of Youth!